The fire came close: One family's tales from the edge of destruction 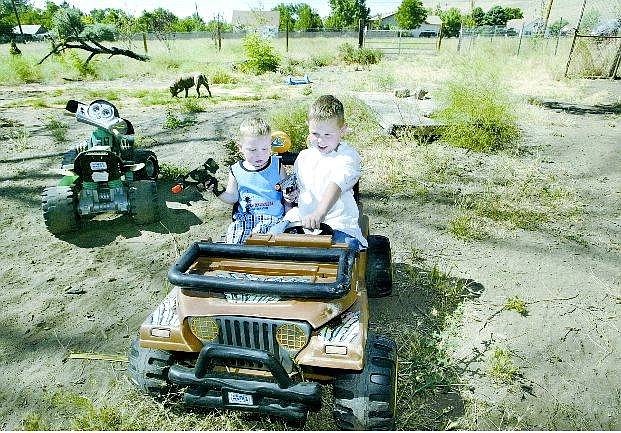 Cathleen Allison/Nevada Appeal Tyler and Nickolas Borst, 2 and 6, play in their yard where a rental home was destroyed by last year&#039;s Waterfall fire. The family has lived in the Rhodes Street home for nine years.