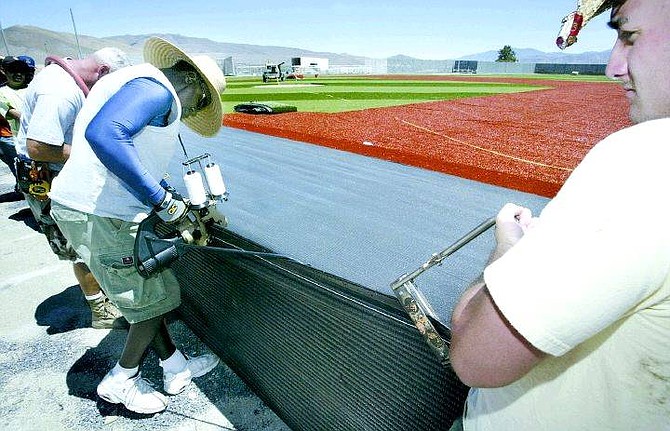 Cathleen Allison/Nevada Appeal Members of a crew from Field Turf Builders install turf on the baseball field at Western Nevada Community College Thursday. Desmond Cooper, left, stitches together two pieces of turf while Casey SImpson, right, helps keep tension on the turf. The crew is installing nearly 128,000 square feet of turf and expect to be finished by the end of next week.