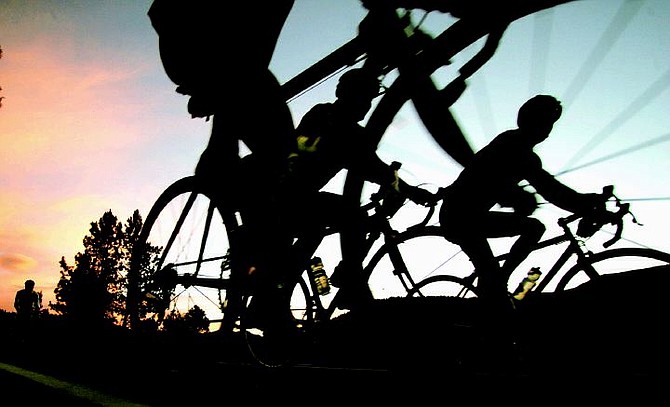 Cyclists climb out of Markleeville, Calif., at 4:45 a.m., on Saturday, July 9, 2005, at the beginning of the Death Ride. The 128.5 mile ride lures riders the more than 2700 riders over 5 mountain passes in the Sierra Nevada mountain range. AP Photo Brad Horn/Nevada Appeal.