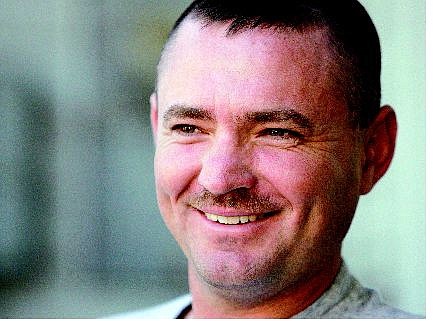 Chad Lundquist/Nevada Appeal Army Staff Sgt. Jeff Lawson, visits with his family on Sunday afternoon. Lawson graduated from Carson High School in 1989 and has served in every middle eastern conflict since.