Irish-dance school students will be performing with The Chieftains 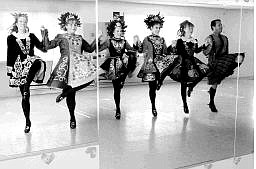