Waterfall Fire: A look back 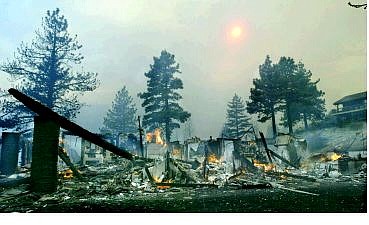 Cathleen Allison/Nevada Appeal The remains of a home near the top of Timberline Drive burn July 15, 2004, after the Waterfall fire continued to burn out of control.