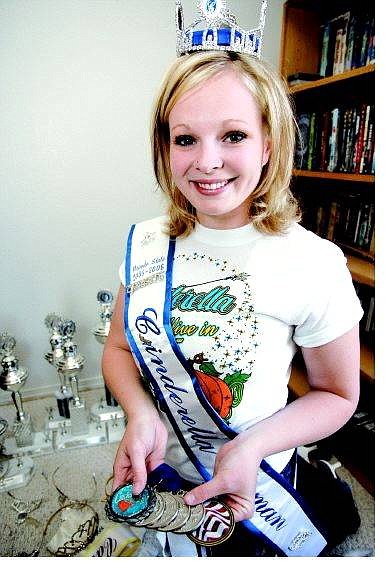 Chad Lundquist/Nevada Appeal Nevada State Cinderella Scholarship Pageant winner Sarah Ricks, 21, of Carson City shows some of her awards from past pageants. Ricks is now at the national pageant in Las Vegas.