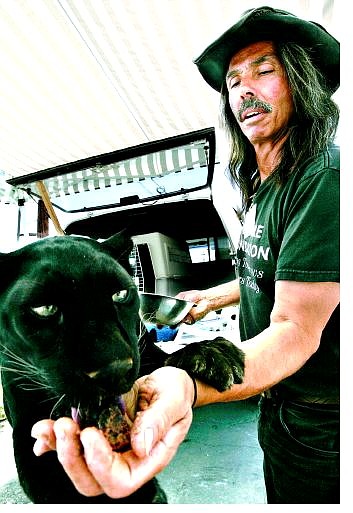 Chad Lundquist/Nevada Appeal Big-cat advocate Peter Renzo feeds a snack to Sheba, a leopard, on C Street in Virginia City, where the cat poses for pictures to raise money for Renzo&#039;s foundation.