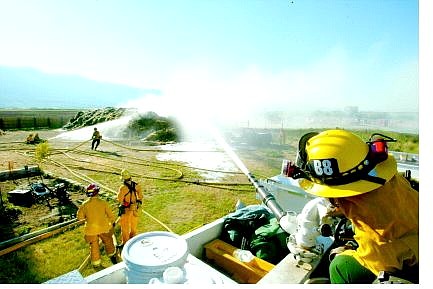 Belinda Grant/Nevada Appeal News Service Becky Bopko, a volunteer with the Sheridan Fire Department, sprays the Deck gun onto the hay bale fire. The fire was at the Thunderbird Ranch, owned by Jessica Ledbetter, on Dressler Lane off Highway 88. Approximately 200 bales of hay burned - they were put up just eight days ago.