Wounds beginning to heal for family 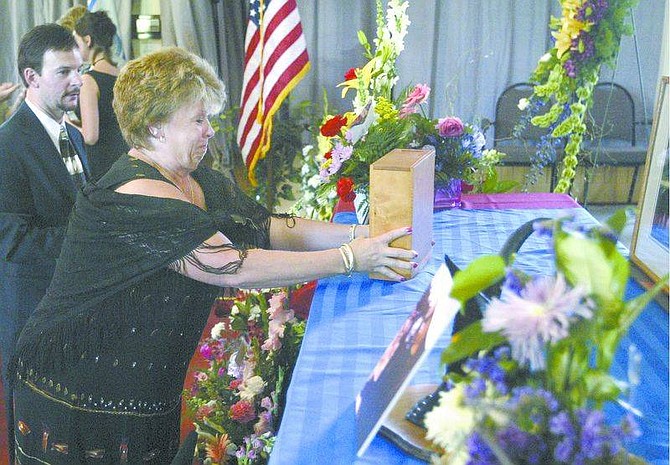 Cathleen Allison/Nevada AppealLinda Fettic, a family friend, sets up the ashes of Shelly Hachenberger before her memorial service Tuesday afternoon at the Brewery Arts Center.