Mom: He had this planned from the beginning 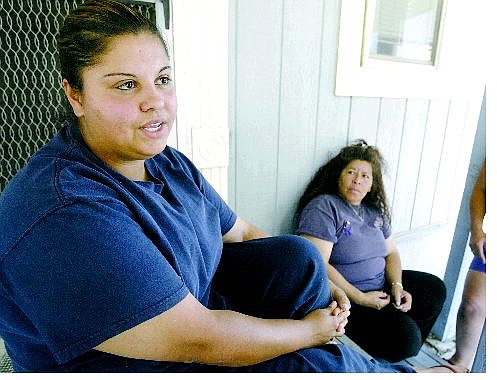 Cathleen Allison/Nevada Appeal Carmen Bauer, left, talks about her missing daughter Lydia Rupp, 8, from their Fernley home Wednesday. Rupp was kidnapped Friday by roommate Fernando Peons Aguero and is believed to be in Mexico. Surrounded by friends Wednesday, including Toni Patterson, rear, Bauer says her faith is what is getting her through the ordeal.