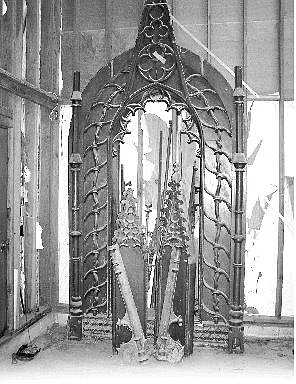 Submitted photo Marti and Tom Deputy inherited this hand-carved wooden arch with the purchased their Ruhenstroth home from James Sexton in 1989. They are moving and are looking for someone to take the arch.