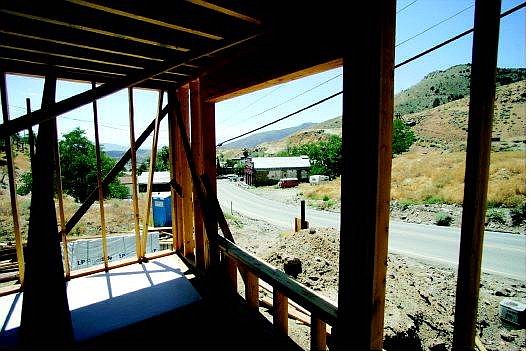 BRAD HORN/Nevada Appeal Gold Hill is seen through the skeleton of a building under construction across from the Gold Hill Depot. This duplex is the first new construction in the area in several years.