Instant messages from the war zone 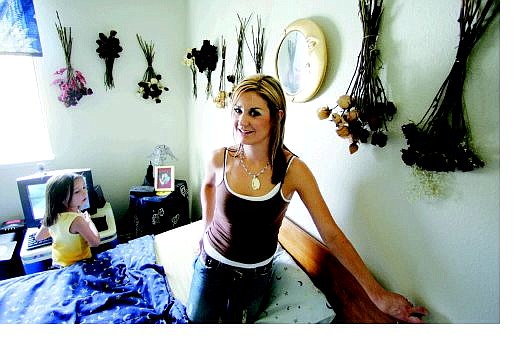 BRAD HORN/Nevada Appeal Elizabeth Jenkins sits on her bed next to her daughter Brooklenn in their Carson City apartment on Friday. Her husband Sgt. Donny Jenkins, who is stationed in Iraq, sends her roses by the dozen and she hangs them on her bedroom wall.