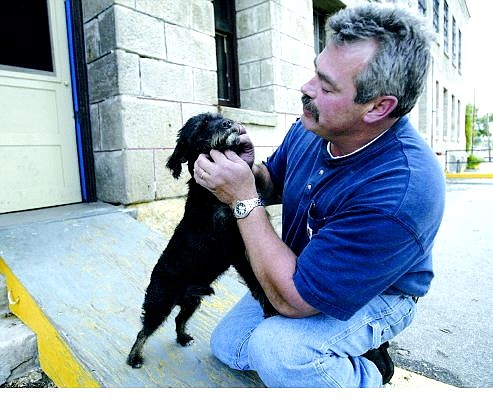 Cathleen Allison/Nevada Appeal Joe Buchanan plays with Stanley at the Nevada State Prison Wednesday afternoon. Stanley is part of the Puppies Up for Parole program that rescues unwanted dogs and pairs them with prison inmates.