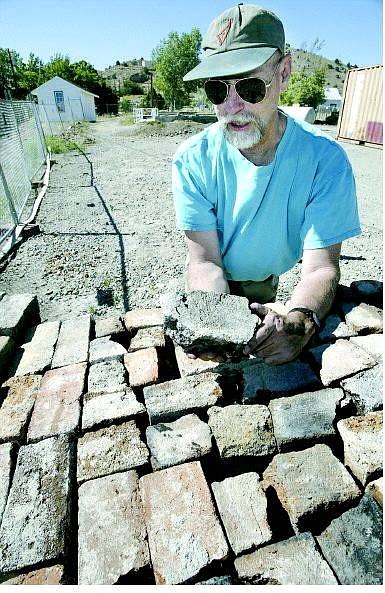 Cathleen Allison/Nevada Appeal Ron Reno talks about the plans to rebuild the Silver City Schoolhouse Wednesday afternoon. Rocks and hand-made bricks from the original 1867 construction have been saved to be used in the new building.