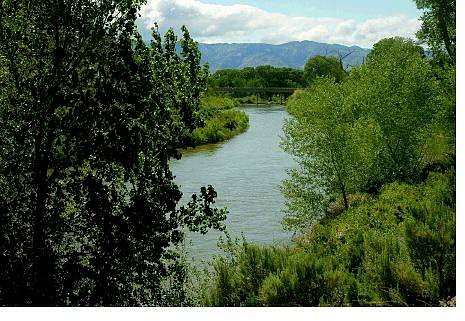 Kevin Clifford/Nevada Appeal The Carson River near Deer Run Bridge looking west toward the Carson Range. Carson City wants to purchase 373 acres along the river from businessman John Serpa to use for open space.