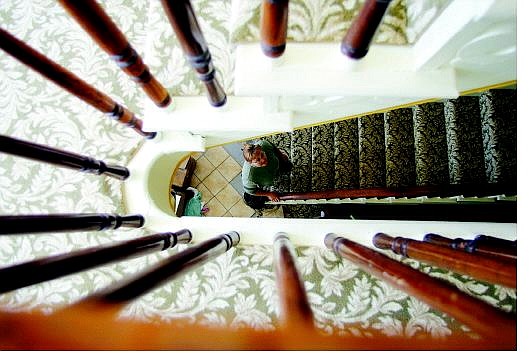 BRAD HORN/Nevada Appeal Gena Wood walks up the stairs in the historic Chollar Mansion during a tour on Thursday. The Woods have been open as a bed and breakfast for two weeks.