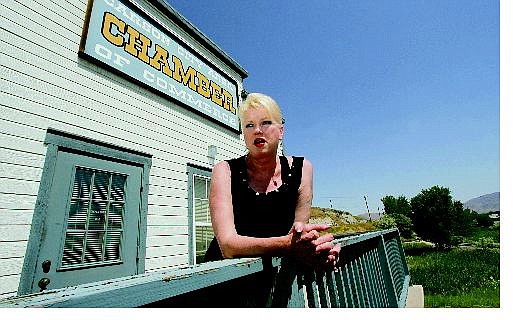 BRAD HORN/Nevada Appeal Ronni Hannaman talks about her new position as chairwoman of the Carson City Area Chamber of Commerce on the balcony of the building on Friday.