Ghost-hunting with a pro 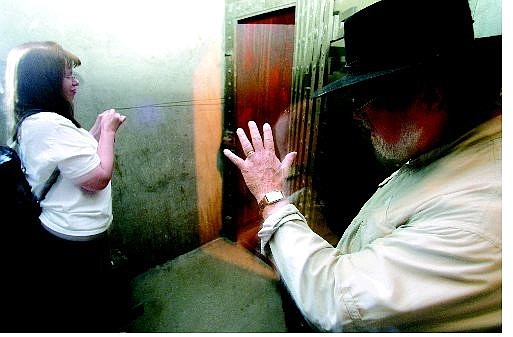 BRAD HORN/Nevada Appeal Teresa Jarrett gets ready to communicate with a ghost at the old jailhouse in Genoa on Saturday.