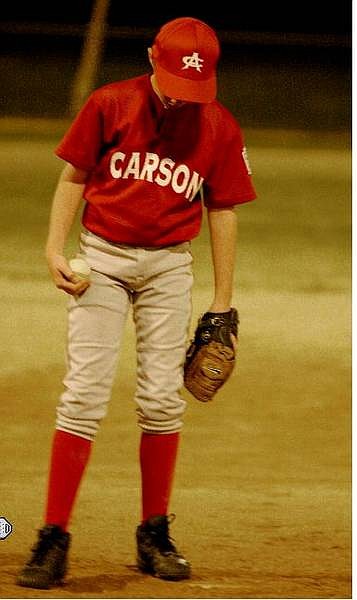 Kevin Clifford/Nevada Appeal Carson Hooligans Pitcher Isaac Allen stares at the mound after Carson falls behind 20 runs against the Washoe Hooligans in the top of the 4rd inning Tuesday night. Washoe went on to win the game and eliminated Carson by a score f 20-2.