Suspected bomb turns out to be wires 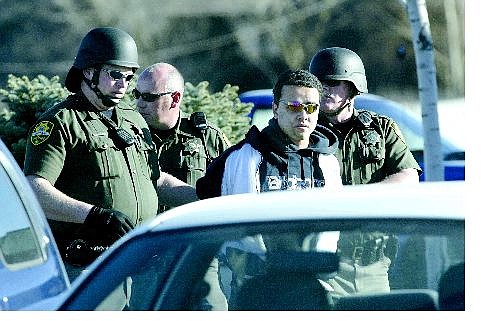 Cathleen Allison/Nevada Appeal Carson City Sheriff&#039;s deputies arrest a subject who tried to rob the Wells Fargo Bank at Rhodes and Carson streets on Monday afternoon by claiming he had a bomb.