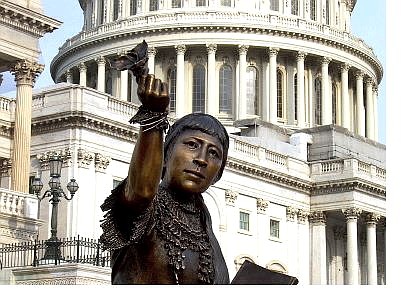 Bob Harmon/Nevada Department of Cultural Affairs Benjamin Victor&#039;s statue of Sarah Winnemucca arrives at the U.S. Capitol on Saturday. The statue took its place in the Capitol Rotunda on Wednesday.