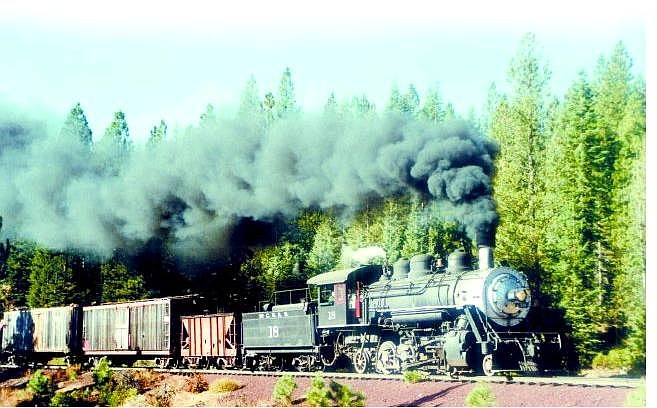 Martin Hanson/Courtesy photo The locomotive that was purchased for the V&amp;T Railway is seen here traveling through the McLeod, Calif., region near Mount Shasta.