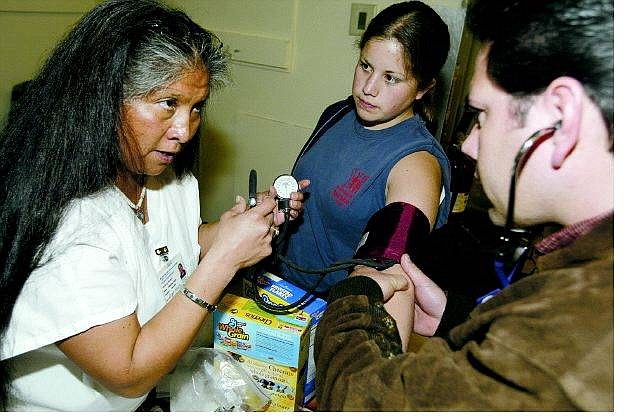 Dan Thrift/Nevada Appeal Western Nevada Community College nursing student Angela Oldridge, left, shows Ted Rupert and his daughter Andria of Carson City how to administer a blood pressure test. Rupert&#039;s grandmother has diabetes and was learning how to care for her at the Social Pow-Wow &amp; Health and Wellness fair on Saturday at the Stewart Gym. BELOW LEFT: Dillion Bever, 13, sees the effects of smoking on the lungs at a demonstration by the American Lung Association during the pow-wow.