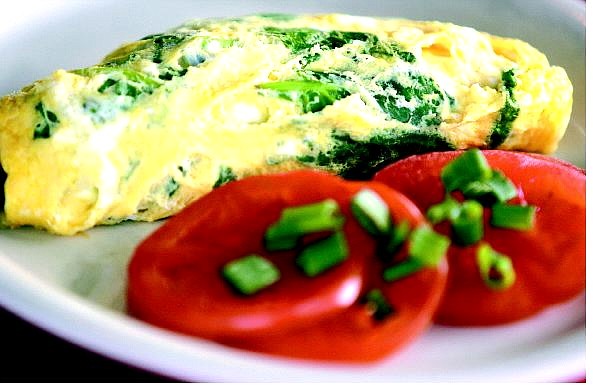 BRAD HORN/Nevada Appeal An omelet made by the owner of the Cracker Box restaurant, Jerry Massad. See below for the recipe.