Wetlands about to be wet again with start of irrigation 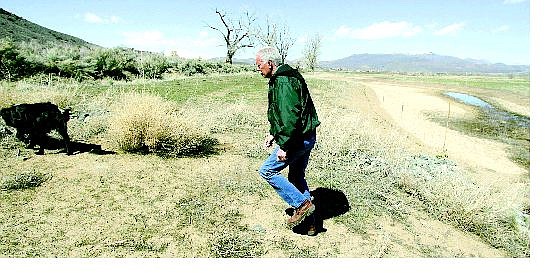 BRAD HORN/Nevada Appeal Gary Gumienny, ranch foreman for the Silver Saddle Ranch, walks through the wetland area with his dog Bucky on Friday afternoon. Gumienny said the area will be submerged in water sometime in April.