Instructor teaches lessons in the ring and in the classroom 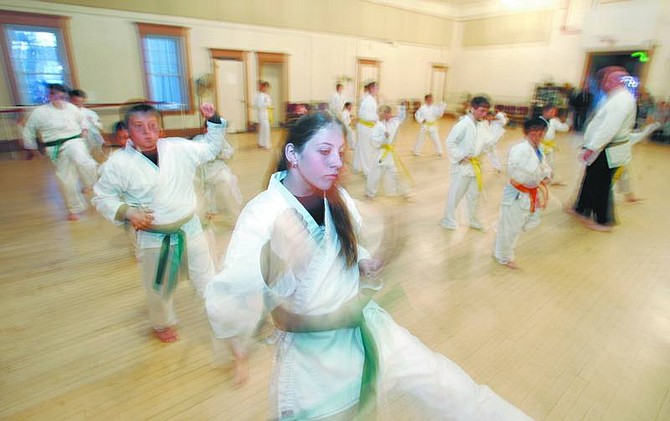 Shanleigh Brethauer, 12, of Dayton, works out with the class at the Dayton Community Center.