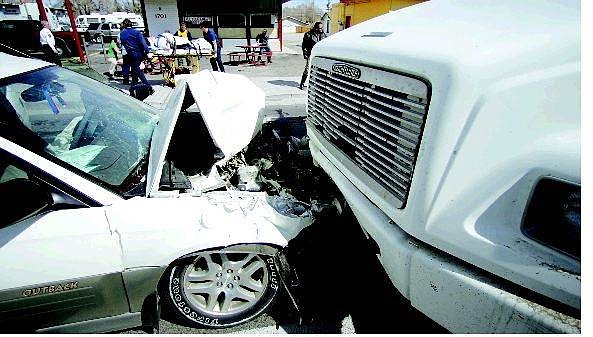 BRAD HORN/Nevada Appeal The driver of the Subaru Outback is taken away by Carson City paramedics after she fell asleep at the wheel and hit a truck head on Friday afternoon in front of the Bead Store at Carson and Long streets.