Combining passion, interest and skill into a busy life 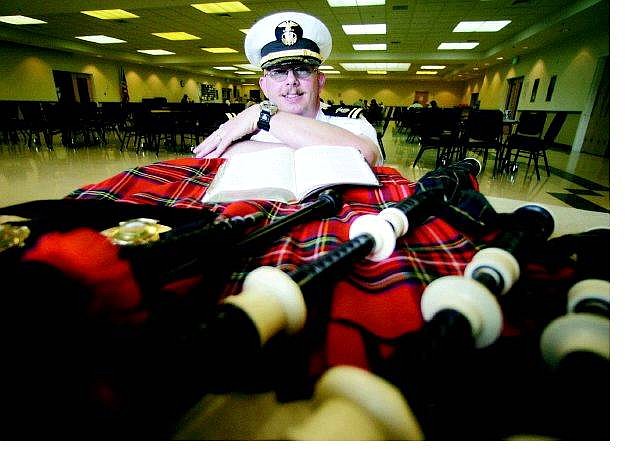 BRAD HORN/Nevada Appeal Robert Bledsaw poses in front of bagpipes, a kilt and a Bible opened to the book of Timothy while at the Carson City Senior Center. Bledsaw is the official piper for the Carson City Sheriff&#039;s Department, the Minister of the River of Life Christian Fellowship, the volunteer coordinator and dining room supervisor for the senior center, and the commanding officer for the United States Naval Sea Cadet Corps in Carson City.