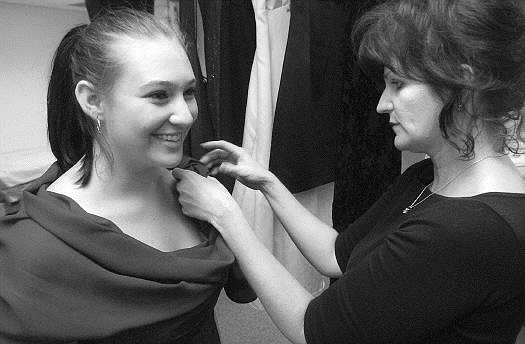 Rick Gunn/Nevada Appeal Kim Riggs, homeless advocate for the Carson City School District, puts the finishing touches on the prom dress of Shanda Combs, 17, at Carson High School on Wednesday. Combs was not planning on attending the prom until Riggs came through with a dress and prom ticket.