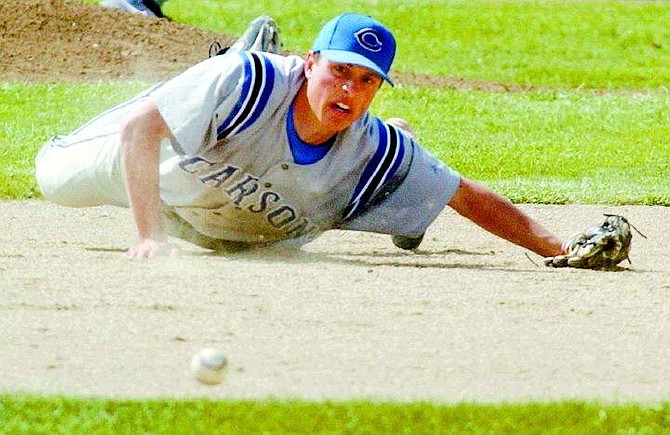 Carson High school shortstop Kevin Schlange dives for a ball hit up the middle of the infield during the Senator&#039;s game against the Douglas Tigers in Minden, Nev., on Saturday, May 7, 2005. AP Photo Brad Horn/Nevada Appeal