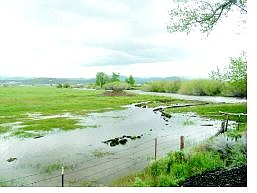 Kurt Hildebrand/Nevada Appeal News Service Floodwaters from the west fork of the Carson River inundate pastureland along Highway 88 in Centerville.