CHS students go out on an acting limb for final show 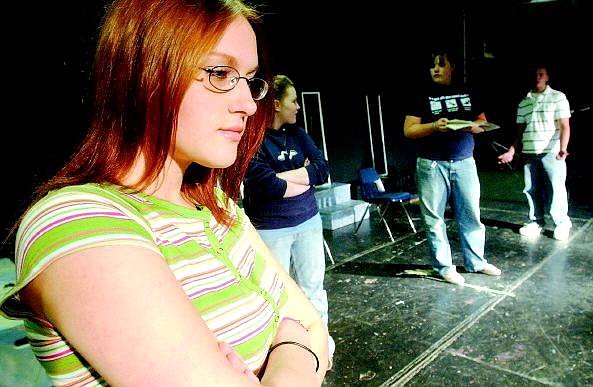 Rick Gunn/Nevada Appeal Carson High School student Ashly Domina plays a part in &quot;Power and Deception,&quot; an exploratory theater piece that CHS advanced-theater students will perform at the Brewery Arts Center on Tuesday and May 26.