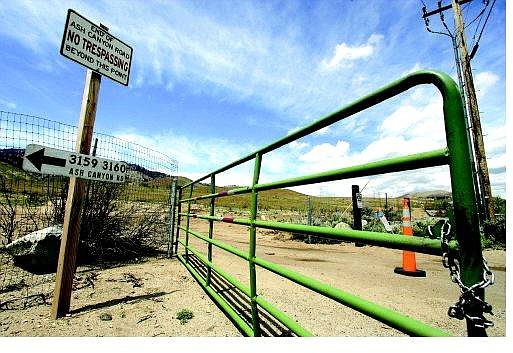 BRAD HORN/Nevada Appeal Several signs warn hikers and bicyclists that the area at the end of Ash Canyon Road is still closed following July&#039;s Waterfall fire. Falling trees and logging efforts, as well as concerns about erosion, have land managers asking people to stay out.