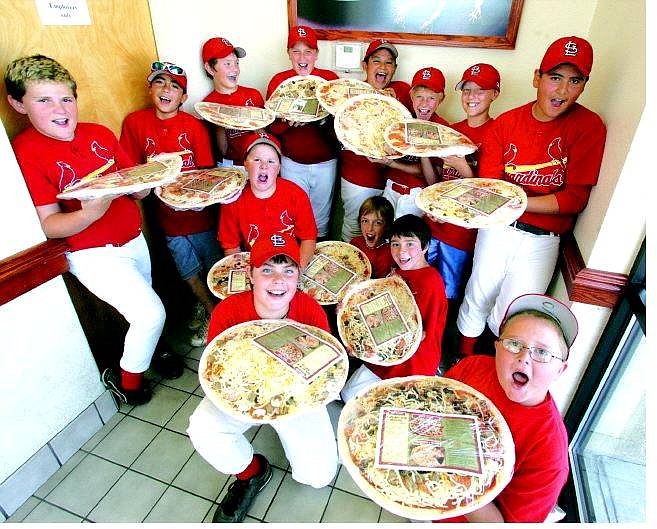 BRAD HORN/Nevada Appeal The Cardinals pose with their handmade pizzas at Papa Murphy&#039;s Pizza in the Albertsons Center in South Carson City on the morning of May 14.