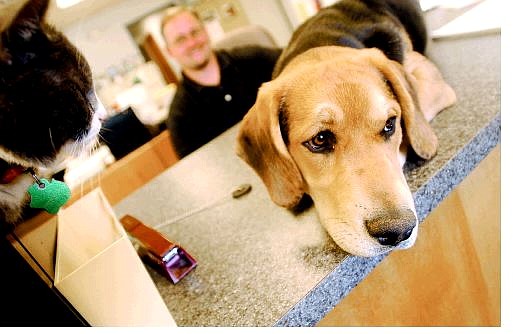 Rick Gunn/Nevada Appeal Blue, a 20-week-old basset hound mix, hangs out at Carson City Animal Shelter with Smokey the cat and shelter Supervisor Pat Wiggins on Thursday. The pup was thrown over the fence at the facility and received three broken bones in his foot. The pooch now has a permanent home with the Wiggins family.