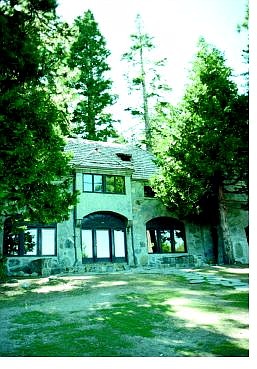 Richard Moreno/Special to the Appeal Nestled in tall pines, Vikingsholm was built by millionaire Lora J. Knight in 1928 at Emerald Bay.