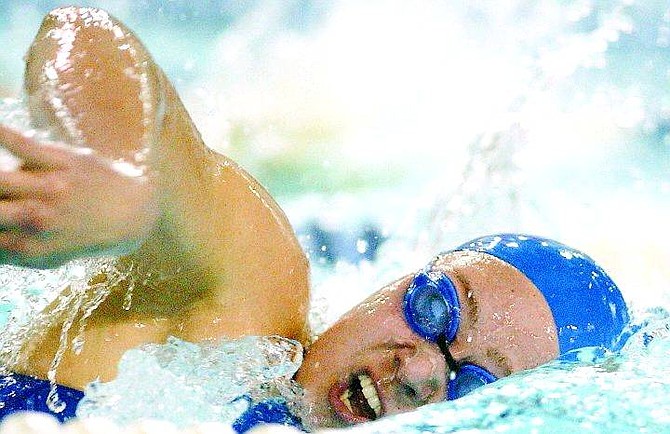 BRAD HORN/Nevada Appeal Carson swimmer Jamie Engan placed second in the 200-yard freestyle during the State Championships at the Lombardi Pool on the University of Nevada campus on Saturday.