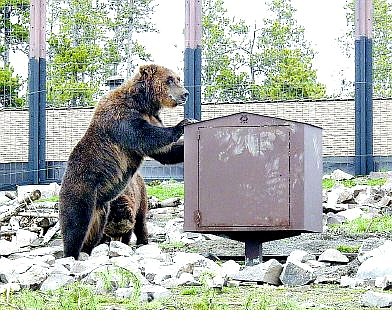 Photo courtesy of Don Heldoorn A grizzly at the Grizzly and Wolf Discovery Center in West Yellowstone, Wyo., tests a bear-resistant trash container made by Carson Valley Welding.