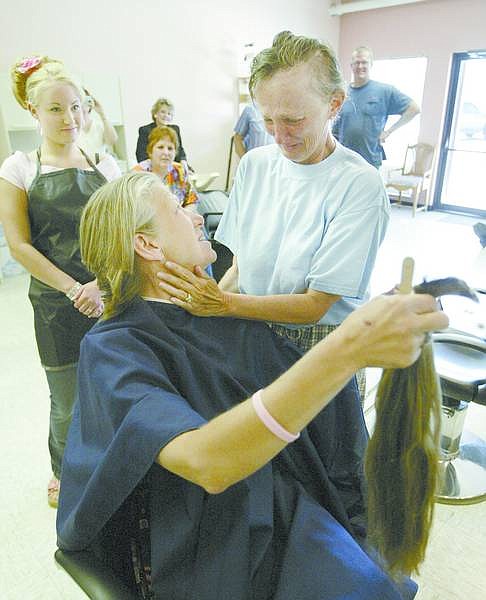 Photos by Cathleen Allison/Nevada Appeal Betty Retzer cries after cutting an 18-inch ponytail off her friend Shirley Allen, above, on Tuesday at Prophecy, a hair salon in Dayton. Corinna Green, standing in back, shaved Allen&#039;s head, along with a number of other friends who came out to support Retzer&#039;s battle with breast cancer. Top left, Kathy Green, owner of Prophecy, jokes with Retzer as they play with Allen&#039;s ponytail. At left, Retzer reacts as her husband, Bob, cuts off some of her hair.