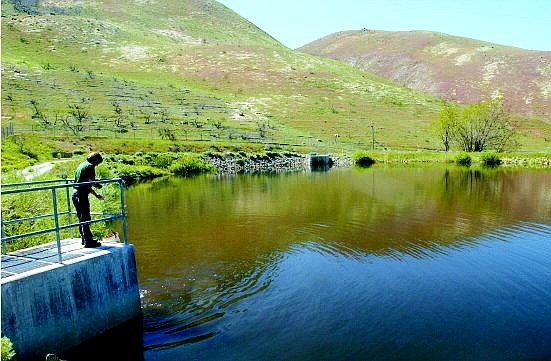 Rick Gunn/Nevada Appeal Mark Simpson, Carson City water production operater raises a bucket out of one of the holding ponds above the Quill Ranch Water Treatment Facility in west Carson City on Tuesday. With the spring runoff passing through the Waterfall fire burn area it has taken longer to treat the drinking water.