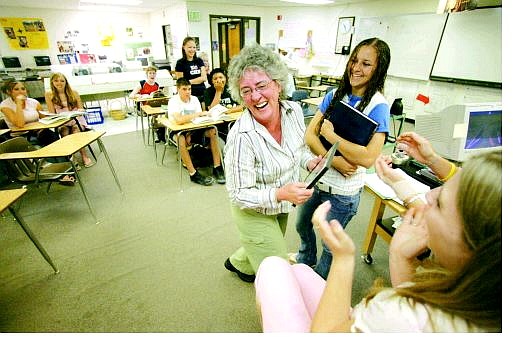 BRAD HORN/Nevada Appeal Patt Quinn-Davis reacts after her students presented her with an award during class on Friday. Pictured next to Quinn-Davis is co-editor Kelsey Joyce who is holding one of the 2005 Carson High School yearbooks.