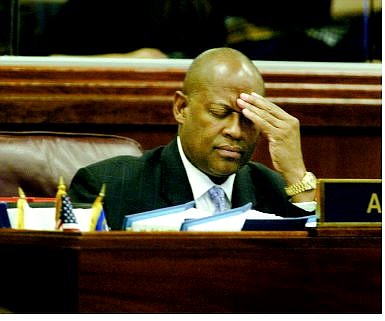 Cathleen Allison/Associated Press Assemblyman Morse Arberry, D-Las Vegas, listens to proceedings on the Assembly floor Monday afternoon at the Legislature. Lawmakers are showing signs of strain as they work long hours to overcome obstacles to finalizing the state budget.