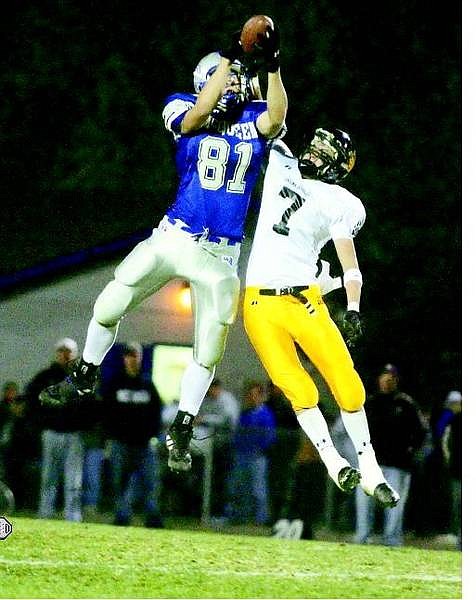 BRAD HORN/Nevada Appeal Galena&#039;s Jordan Arnold defends against McQueen&#039;s C.J. RIley during the first half of their Northern 4A Playoff game at McQueen on Friday. Riley made the catch and the Lancers beat the Grizzlies 28-21.