Exploring the home of the 'Washoe seeress' 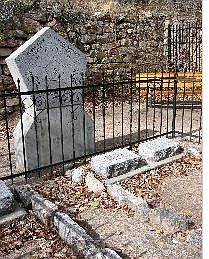 The graves of Eilley, Sandy, and Persia Bowers overlook Washoe Valley from a hillside above the family home. (Photo by Richard Moreno)