On dry land: Preparing for life after the Navy 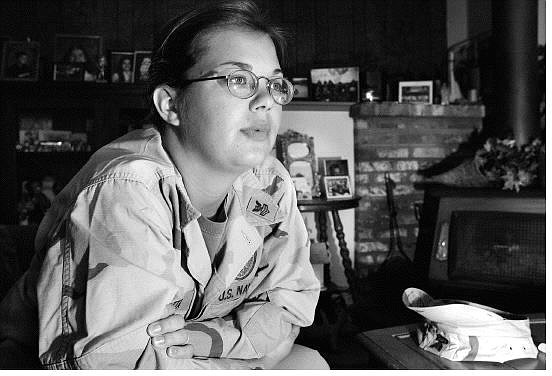 Chad Lundquist/Nevada Appeal Amy Alotta, 25, an enlisted Navy Personnel sits at her parents home on Sunday and talks about experiences during her six years of service in the U.S. Navy. Alotta, who has seen the persian gulf and Guantanamo Bay and was in New York on Sept. 11, is ready to return to the slow speed of Civilian life early next year.