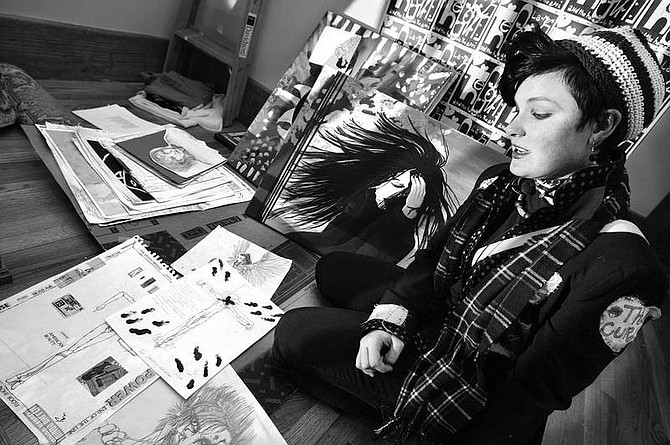 Chad Lundquist/Nevada Appeal Artist Megan Asire, 16, who goes by La Mer, sits next to her artwork on Wednesday. Some of the images have been deemed offensive and someone pulled down 65 of her 75 pieces being exhibited at the Brewery Arts Center.