Firefighters ascend into homes of millions of cable TV viewers 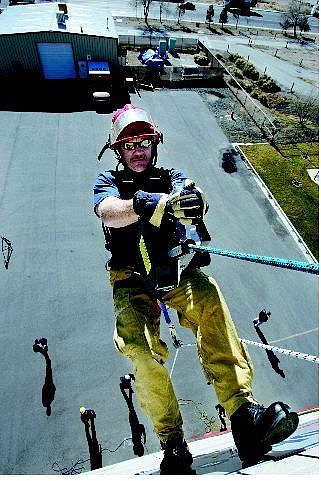