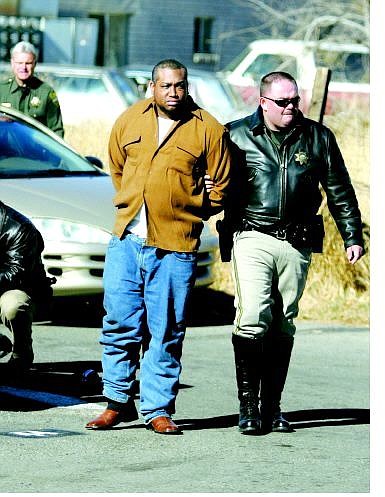 BRAD HORN/Nevada Appeal Carson City Sheriff&#039;s Deputy Jarrod Adams takes Oscar Mitchell into custody at the Senator Apartments after Mitchell was identified as the man who left a bag in a trash can at the Carson Mall on Thursday morning. About 150 employees and customers were evacuated. Mitchell was arrested on suspicion of robbing a Reno bank.